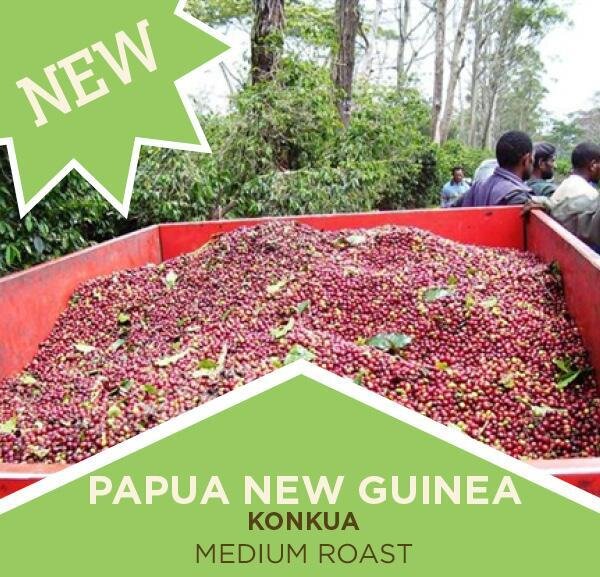 More Info about This Coffee

Our Papa New Guinea coffee meets your cup after processing filled with purpose and specificity. After being picked and hand-pulped on site, the parchment, surrounded by the remaining fruit, is dry-fermented in small batches up to 48 hours. The fermented parchment is then washed with clean water and sun-dried on either a patio or a raised screen bed. Next, the coffee is transported to the central collection depot for the farming network, found near the Highlands Highway, where it is then sold to exporters who finish the export preparation, before it start its journey to our roastery, and finally your cup.

More Info About this Farm

Grown near the rugged Highlands Highway which connects the East coast and port of Lae with the lush tropical rainforests of the island, the arabica gene stock of Kainantu coffee is considered one of the strongest natural assets of Papa New Guinea (PNG), and one of the best-preserved Typica lineage varieties in the world. While historically Australian and European estate owners purchased much of the land and resources in PNG to farm this genetically valuable and delicate fruit, in this case a group of 137 smallholding, indigenous Paupan farmers formed the Konkua association to access higher prices by producing quality coffee for the specialty market.

Today, while large plantation owners still seem to hold much of the cards in terms of expertise, smallholder groups such as Konkua have made a name for themselves - starting with that arabica gene stock considered one of the best-preserved Typica lineage varieties in the world, these farmers are fetching higher prices, nurturing communication and relationships with exporters, and investing in better-prepared lots. Konkua’s coffee comes from two districts specifically: Konkua Okipa near the urban center and of Kainantu, and Obura Wonerara, a small community, standing remote a few hours to the South. Though much smallholder coffee in the region falls short of its potential as resources and knowledge seem to be continually reserved for larger plantation undertakings, Kainantu remains a trading post and consolidation point for much of the region’s coffee, and a bustling urban center for the expanse of villages and smallholder coffee farmers in the region. And while relatively small in size compared to the plantations which are said to dominate the region, Konkua and Obura Wonenara are nationally recognized and awarded in national cupping competitions by the Papa New Guinea coffee industry. Today, 137 smallholding farmers collectively farm 313 hectares of planted coffee, bringing us our incredible beans today.